All Our Products Are

Get our products worldwide

The growing worldwide resistance to synthetic antibiotics. Can plants help us?

The frequent (and rather often) overuse of synthetic antibiotics to fight common infections has led us to an alarming worldwide growth in antibiotic resistance. The so called “superbugs” are believed to infect more than 2 million people and kill at least 23,000 in the USA alone (source: Centers for Disease Control and Prevention – CDC). These superbugs are a strain of bacteria that have become resistant to several types of antibiotics.

This situation has risen the interest of several researchers around the globe to study alternatives to the common antibiotics by using what they call “cytoprotective compounds for targeted prevention of the adhesion of bacteria to the stomach”, thus blocking cell-cell communication using specific inhibitors; hence, preventing the growth and spread of the bacterial infection.

In other words, instead of having patients take an antibiotic with a systemic efficacy, which means that every bacteria present in our bodies will be destroyed (including those that are essential to our good health), scientists are now looking at the possibility of developing antibiotics that have a more precise action.

A review done by Menchicchi, Bianca; Hensel, Andreas; M. Goycoolea, Francisco, published in  Current Pharmaceutical Design (October 2015), indicates that the use of plant-derived polysaccharides can potentially be used as a therapeutic tool in the treatment of bacterial infections. Blackcurrants, for example, present certain compounds that can prevent the adhesion of Helicobacter pylori (H. pylori) in human stomach cells.

H. pylori is a common bacteria found in human gastric tract. It was identified in 1982 by Australian scientists Barry Marshall and Robin Warren, and found to be present in a person with chronic gastritis and gastric ulcers. The bacteria penetrates the stomach cells and because it cannot survive in an acid environment, H. pylori increase the stomach pH (makes it less acid). By neutralizing the stomach pH, H. pylori also force the stomach to produce large amounts of carbon dioxide and ammonia. This process is important for the bacteria to establish colonization and to spread the infection. The ammonia produced by the increased stomach pH, however, is harmful to the stomach cells. A H. pylori infection, if left untreated, can lead to chronic gastritis and stomach ulcer, or even stomach cancer. 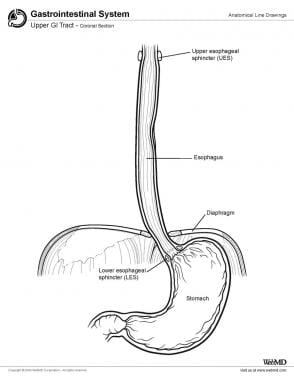 A research carried out in 2004 by Lengsfels and collaborators, determined that blackcurrant seed (BC) oil can block the spreading of H. pylori in human gastric epithelia (stomach) by attacking the bacteria’s mechanism of adhering and penetrating the stomach epithelial cells. The researchers concluded that BC seed oil has a strong antibacterial effect that can protect our upper gastrointestinal tract (esophagus, stomach and duodenum) by blocking the chemical mechanism that H. pylori uses to adhere to the stomach cells and to multiply.

Plant polysaccharides are present in every-day food, fruits and vegetables, either as starch or as dietary fiber. The review published by Menchicchi and collaborators (2015) presents several clinical trials and their results that support the use of plant-based foods in the prevention and treatment of bacterial infections in the gastric tract. Because of the polyvalent carbohydrates (plant-specific polysaccharides), Blackcurrants, as well as other fruits and vegetables, can target specific sites of inflammation instead of randomly attack and destroy all (or most of) the bacteria present in our bodies.

The authors observe that other factors such as geographical diversity and social habits (lifestyle and dietary factors) also influence whether and how H. pyroli-associated diseases will develop. However, Blackcurrants and other plant-derived products commonly found in foods are becoming more promising in the fight against H. pyroli and other types of bacteria.